The Little Brother Goes Off On His Own

This past month my little brother graduated from college at UT and normally that's celebration enough. However, he went ahead and planned things out so that he's already accepted a job in Beijing. (His minor was Chinese and he's nearly fluent in Manderin). I'm really proud of him for doing what I didn't and that's moving forward immediately after college. 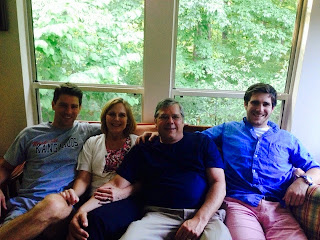 Before he's going to Beijing, he'll be living the post-college dream of traveling through Europe, going to Wimbledon and swimming in the Greek Isles. So instead of giving him cash to spend on beer, I got'em a man's watch.  It's solar powered so hopefully the Chinese pollution and haze won't be a problem. We had one last get together in Nashville before he headed out. 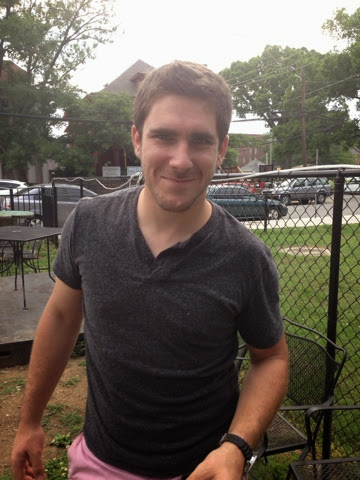 He didn't rub it in that his summer is gonna be Legendary. Nope not once.

It's a little bitter sweet as I won't see him again before I leave for the Peace Corps. Every problem is an opportunity in disguise though so we'll just have to meet in the middle and visit India together. Enjoy it bud!
Posted by Logan Monday at 7:34 PM